Ask Pam all your Cichlid Questions

I recently got very lucky and had the opportunity to purchase what were labeled as Moorii Nsumbu Red. I could afford a colony of 12 healthy juveniles and they been doing just awesome since purchase. Wondering if you can give you quick identification as I know you've kept or keep this species yourself.
I've attached a couple of recent pics. I think you'll be impressed with my algae base that was ready to go for them! Dominant male shown in first pic. They're probably all around 3" long at this time. 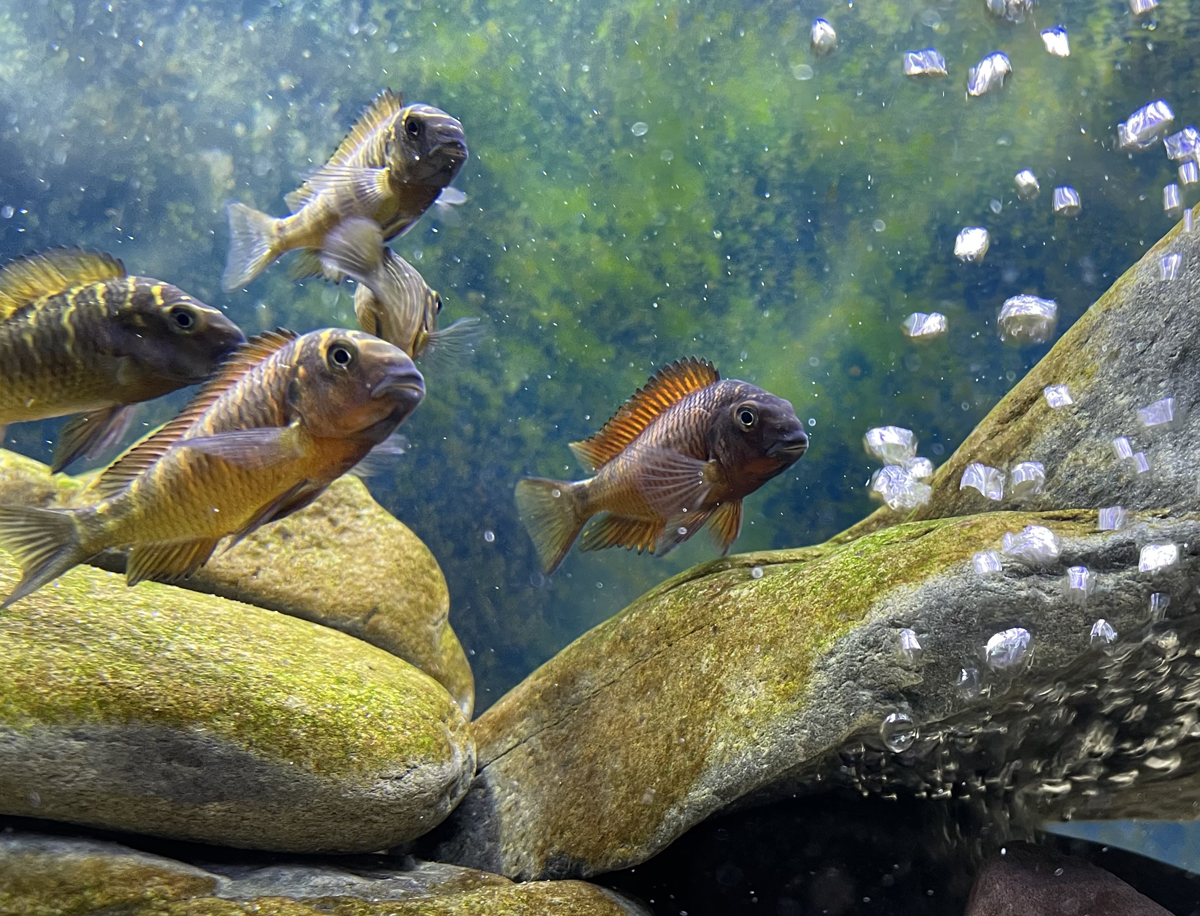 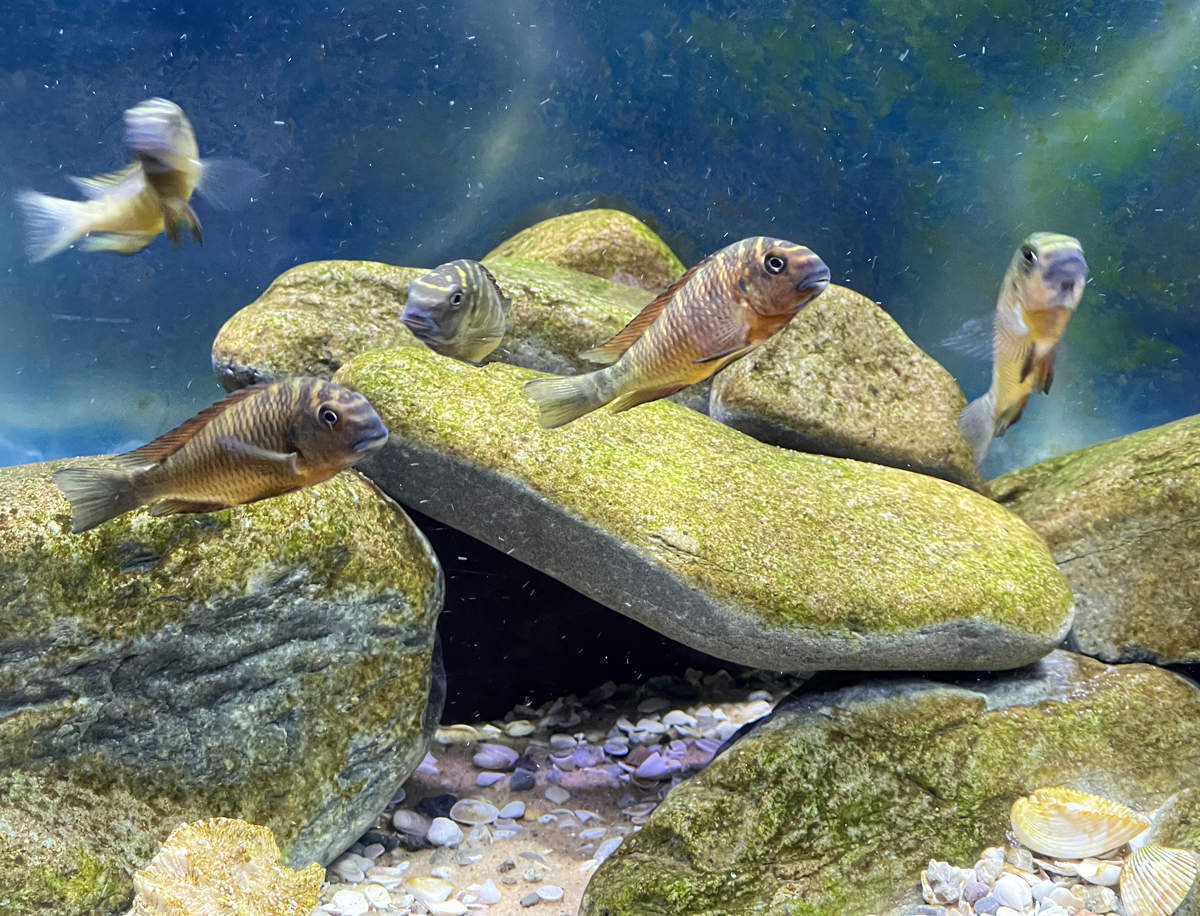 Can you also shed some insight into their location on the lake itself? They must be pulled somewhere near the village of Sumbu and the Nsumbu National Park? Are they as rare as people indicate in the trade? In reviewing Aqualog Tropheus the closest I see is sp. Sumbu, Golden Rainbow, nothing directly listing as Nsumbu Red.

Any of your knowledge is so greatly appreciated. Thank you for everything you've done and continue to do.

Sorry, I didn't see your message until today!

Yours look like Sp. red juveniles, nice face markings! but because there is a little yellow moorii in this fish, the color can vary. Have to see what they look like when they have matured a little more.

Nsumbu = Sumbu. The "N" is silent, and so it often gets left off when translated. In the Aqualog it would be the same a Sumbu

It is inside the Nsumbu National Park, where no fishing is allowed, including by ornamental fish exporters. So it is hard to say where they were exactly collected, but somewhere in the Nsumbu Bay, they had to pay someone off to extract fish out the park The fish itself is not rare in the lake and it shouldn't be rare in the hobby, I have seen quite a few people working with it. I believe it is being bred in Flordia, so probably China too.